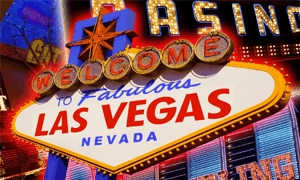 Gamblers who visit Las Vegas usually leave poorer than they arrived, but a few lucky ones return with a cash prize or two. Rarely, a player goes home as a millionaire or multi millionaire. This year, the Las Vegas Strip produced another millionaire, a player from Florida who won a million while playing Three Card Poker, a game that is expected to produce three millionaires every year.

The slot machines and the table & card games at the casinos on the Las Vegas Strip do yield millions and gamblers rush to them year after year in hopes of becoming the next big millionaire. For example, the Megabucks slots, developed by IGT, have been yielding multi-million dollar jackpots for the past two decades. These are a network of slots scattered throughout the casinos of Nevada. You can play as little as $1 to as much as $3 per spin. The seed value of the progressive jackpot is a whopping $10 million. Even if you spend just $1 on the machine, you stand the chance of winning a few thousand dollars instead of a few millions. There is also the chance of hitting it big online with a no deposit bonus casino such as Cool Cat Casino which has many codes and coupons.

The $40 million jackpot won on March 21, 2003 at the Excalibur happens to be the biggest cash jackpot hit so far. The lucky 25-year-old player who won this jackpot desired to remain anonymous, which was a wise decision taken. The player was a software engineer who resided in Los Angeles and he had placed a bet worth $100 on a Megabucks slot.

Want to try and hit your own mega-jackpot? Sign up using one of our exclusive no deposit bonuses.

On Jan 26, 2000, Cynthia Jay-Brennan, a 37-year-old cocktail waitress from Las Vegas won a jackpot worth $34.9 million while playing a Megabucks slot at Desert Inn Casino. But she was left paralyzed six weeks later when a drunk driver rammed into her car. Her sister who was with her at the time of the accident did not survive. The tragedy led to the generation of an urban myth that nothing good happens to those who win the big jackpots at Las Vegas.

The third-biggest Megabucks jackpot of $27,580,879.60 was won on Nov 15, 1998 at Palace Station Casino. The lucky winner was a retired flight attendant from Las Vegas who wanted to bet only $100, but decided to bet $300 on an impulse. Since the 67-year-old ended up winning the jackpot, one can be sure that she did not regret betting extra that day.

A player who decided to play the slots just before breakfast started her day well when she won a jackpot of $22,621,229.74 on May 27, 2002 at Bally's. Johanna Heundl of California was 74 years old when she won this Megabucks jackpot. Initially, she thought she had won $2 million, but when she realized she had actually won $22 million, she just couldn't believe her luck.

A lucky slots player turned a mere $10 into $21,346,952.22 on June 1, 1999 when he was playing at Caesars Palace. The 49-year-old business consultant from Illinois had bet a $10 on a Rome-themed slot. He had spun the machine just once when he became a multimillionaire.

Elmer Sherwin, a gambler who visited Las Vegas frequently, actually won the Megabucks jackpot twice. In 1989, he won $4.6 million while spinning the reels of a Megabucks slot at The Mirage. When he re-visited The Mirage again at the age of 92, he won another breathtakingly big jackpot of $21.1 million while playing a Megabucks slot. It turned out to be a rare case of a player who actually won two Megabucks jackpots, even though it happened after a gap of sixteen years.

A Jackpot for Free

Few players actually win a jackpot without risking any of their hard-earned money, but a lucky player actually accomplished this feat at the M Resort on Dec 14, 2013 when she won $17,329,817.80. The resident of Las Vegas decided to spend some time at M Resort to use her free play casino credits on the slots and her dining vouchers on a meal. Little did she know that she would turn into a multimillionaire while enjoying these free vouchers and credits.

Rarely do winners of jackpots give away their winnings to charity, but it happened once in 2014 when a player from Las Vegas won $14.2 million after betting $20 on a Megabucks slot at Rampart Casino in Summerlin. The lucky winner, who got the title "Rampart Lucky Local", announced that he would donate to his church, which did not have its own place for services. Thanks to this donation, his church could construct its own building.

In January 2011, two Megabucks jackpots were won in a period of four months at the Aria. The first time, it happened to the aunt of a Las Vegas woman. The aunt who was on a visit decided to bet $6 on a Megabucks before retiring for the night. She exclaimed that she was sure the machine had broken when she saw the winning combination on the reels and her winnings flashing on the screen. Luckily for her, the niece took over and sorted things out.

Four months later, another lucky visitor won a jackpot of $10.6 million while playing the same slot at the same hotel casino resort.

Suzanne Henley of Las Vegas won $12.5 million on April 14, 1997 at New York-New York, which opened to the public on Jan 3, 1997. She was returning home from work when she decided to spend some time on the slots. She definitely had no idea she was going to win all those millions, especially as she had to wait for nearly one hour before she could get an opportunity to play. She won her jackpot at 1:44 a.m. after spending $100 on the slot.

Megabucks slots have paid the biggest jackpots in the history of Las Vegas casinos. A lucky Utah player won $10.7 million while playing a Megabucks slot at Westgate Las Vegas Resort & Casino. She had bet $100 on the slot before she could win all those millions. She wants to visit the Philippines and purchase a new car.