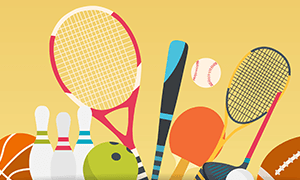 The United States of America is a sporting nation. You will find it at the top of the medals tally in any meet. Software providers to USA free bonus no deposit casinos have a fair number of slots based on typically American sports. This is a list of the best. All of them have can be played for free using casino free spins. 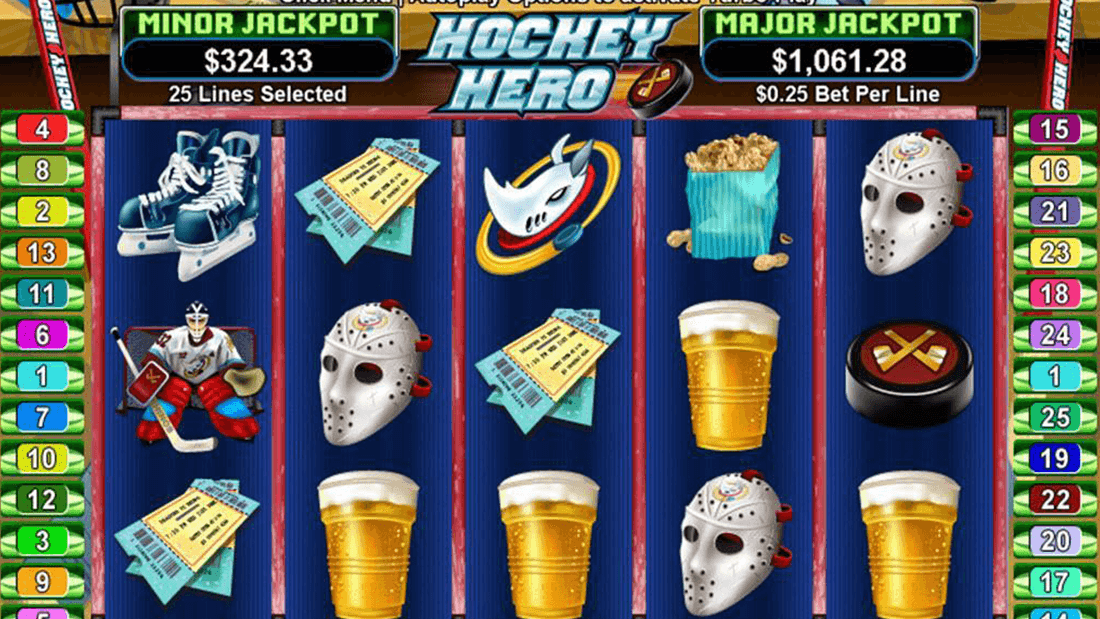 Hockey Hero is from RTG (get no deposit codes) and based on ice hockey. All the symbols are taken from the sport and include goalkeeper, referee, puck, trophy, skates, tickets, beer, peanuts and rhino mask. The player is the wild symbol. It appears only on reels 2 and 4, but it doubles payouts in winning combinations. The penalty box awards payouts multiplied by the total bet and it also triggers 18 free spins. Clock symbols keep getting added to the reels every three free spins. If two clock symbols appear on the screen in the same spin then the feature will end prematurely. The Win-Win feature protects players against a poor free spins performance by awarding compensatory payouts. The slot game also offers two independent randomly triggered progressive jackpots. 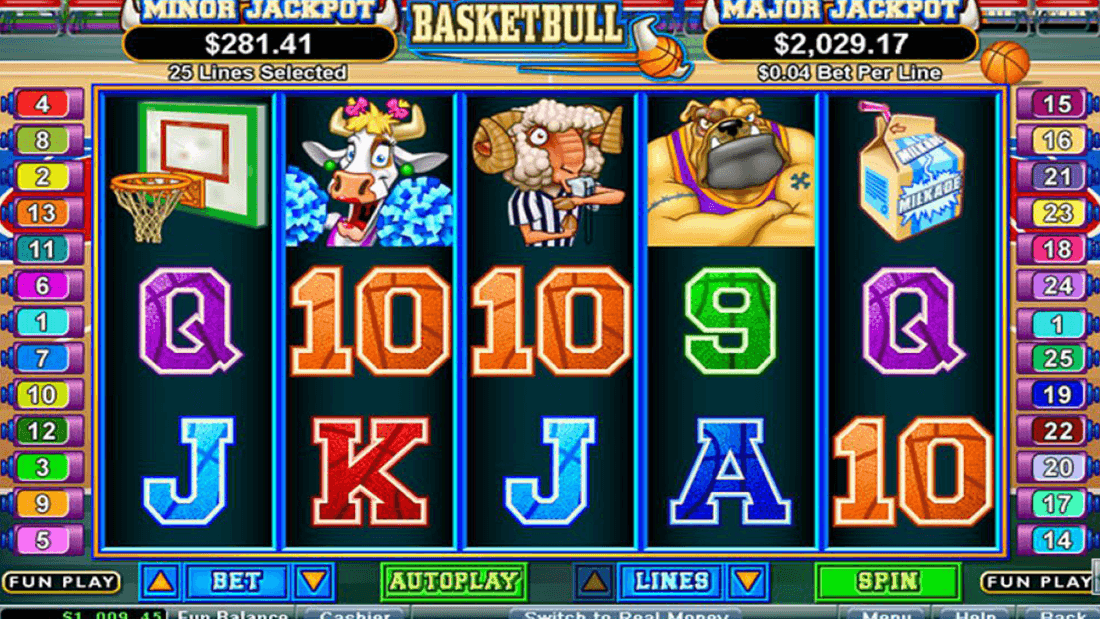 NBA is followed worldwide and Realtime Gaming offers a basketball themed slot titled Basketbull. The reference to Chicago Bulls is unmistakable. The main symbols are depicted as animals representing various persons associated with the sport. The bull as the player is the wild symbol and also awards the highest line payout of 10,000 coins. Other interesting symbols include cow as the cheerleader, bulldog as the coach and ram as the referee. The playing card icons are shown on basketball jerseys. The free spins feature is triggered by the basketball symbol. Initially three free spins are awarded. Then the Basketbull is given a number of free throws to the basket. Each time he gets the ball in, the number of free spins is doubled. You can win a maximum of 96 free spins. All payouts during the free spins are tripled. 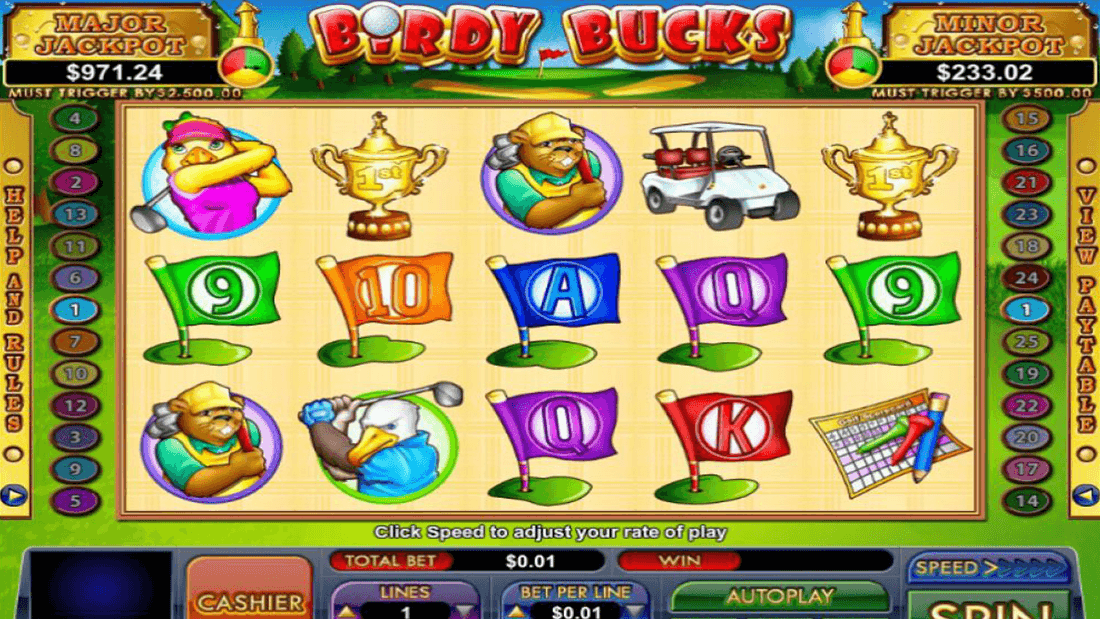 Three of the four golf majors are held in the United States. Therefore this slot game from NuWorks deserves mention. The high paying symbols are two bird golfers, gopher caddy, trophy, golf card, golf clubs and score card. The playing card icons are depicted as pennants. The eagle pro is the wild symbol that doubles payouts and awards the highest line payouts. The golf ball scatter symbol triggers the Hole in One feature. The eagle hits two balls towards the green. If it gets a hole in one on both shots you win 18 free spins with a 9x multiplier. Otherwise you will win 5 or 9 free spins with a 2x or 3x multiplier. 9 additional free spins can be retriggered. Birdy Bucks has the Win-Win feature that awards compensatory payouts for a poor free spins performance and two randomly triggered progressive jackpots. 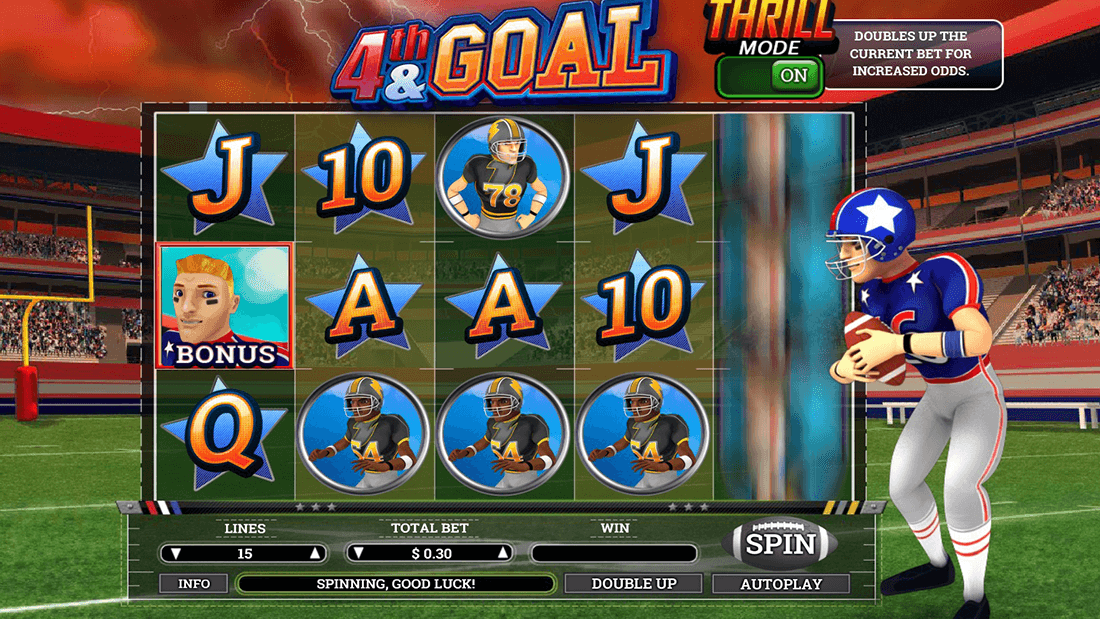 The Super Bowl is probably the most watched stand-alone sporting event in the world. 4th & Goal from Arrow's Edge brings the football action on your screen. The reels are set in an animated stadium. The high paying symbols are footballers and the low paying symbols are playing card icons. The slot game has an expanding wild that appears on reels 2, 3 and 4. The scattered page symbol triggers the free spins feature. Three, four or five symbols award 10, 15 and 20 free spins respectively. The Colt symbol triggers a multi-level bonus game on the second screen that simulates football action. You can activate the Thrill Mode in which your stake is automatically doubled. But the potential payouts are better and this increases the return to player. 4th & Goal offers a random progressive jackpot. 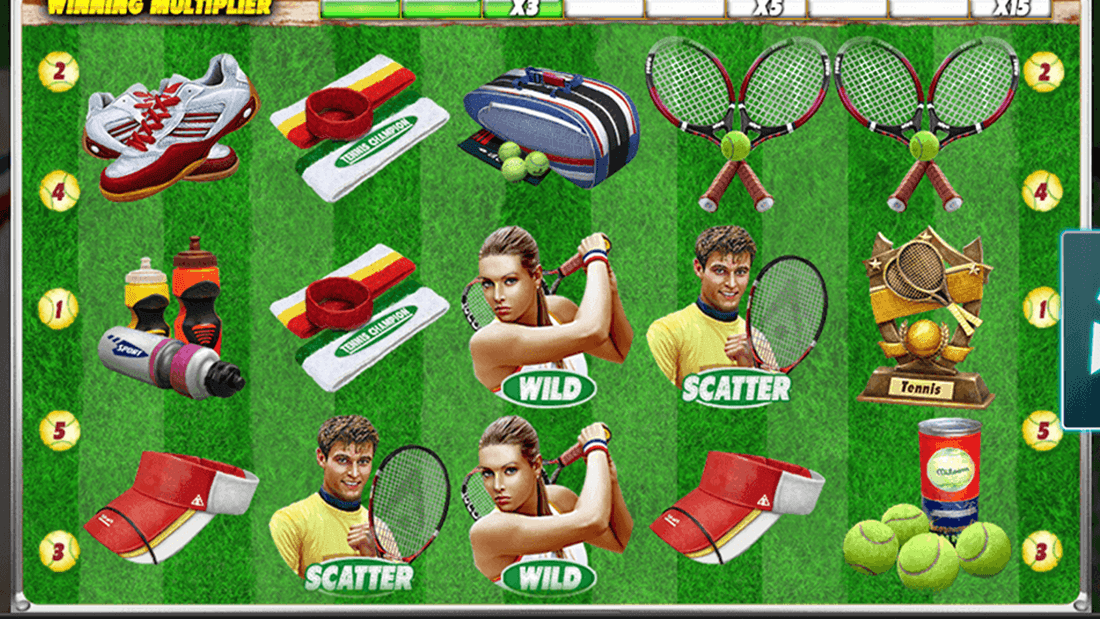 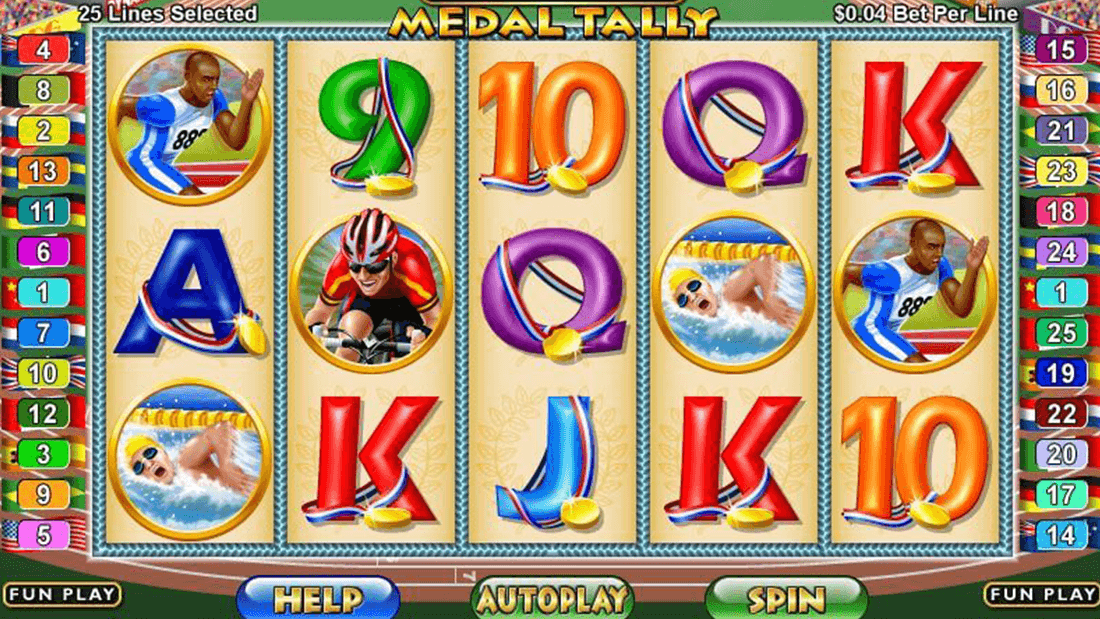 The Olympics is the greatest sports show on earth with a number of sporting disciplines coming together. Realtime Gaming, the most prolific games supplier to US online casinos, offers a video slot titled Medal Tally. The high paying symbols are athlete, cyclist, swimmer and Olympics stadium. The low paying symbols are the playing card icons draped in gold medals. The wild symbol is the set of gold, silver and bronze medals. The scatter symbol is the laurel wreath, which was the prize awarded in the ancient Olympic Games. 10, 15 or 20 free spins are awarded when 3, 4 or 5 scatters respectively appear on the reels. All payouts are tripled in the feature and the free spins can be retriggered. During the free spins the medals symbols that appear on the reels are accumulated. At the end of the feature a bonus is awarded based on the medals tally. If you collect 45 to 49 symbols the bonus is the triggering bet multiplied by 1,000. 50 or more symbols award the progressive jackpot.