How to Profit From GTA's Casino 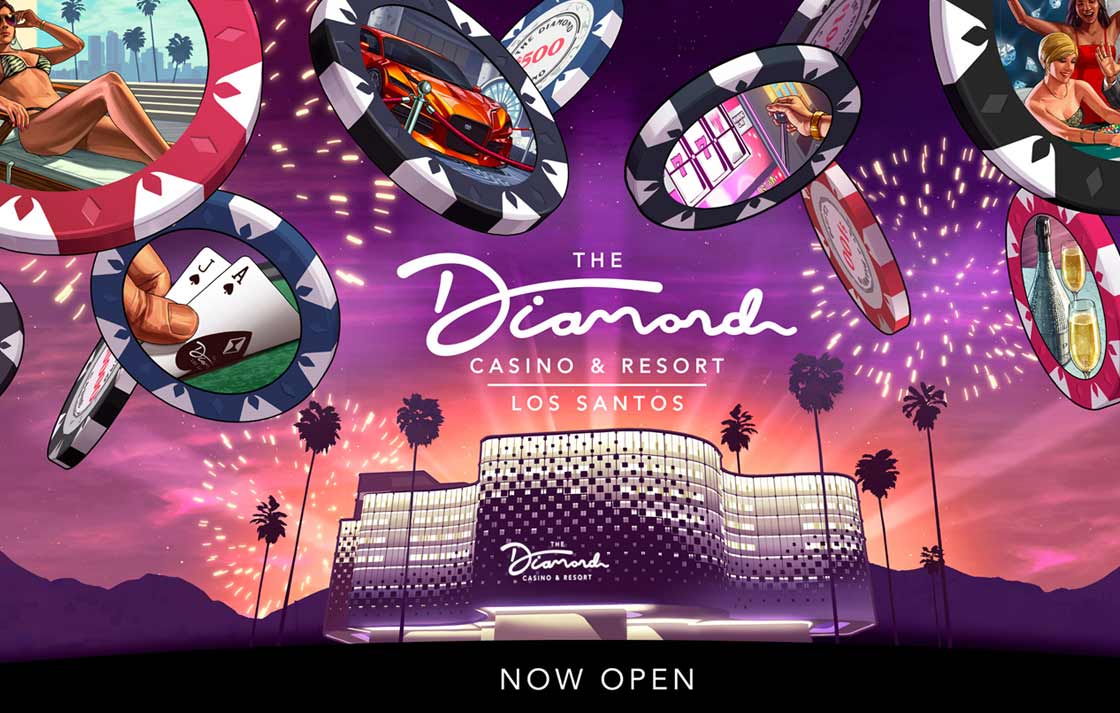 The Grand Theft Auto (GTA) series of action games have been around for a long time. And right from the beginning, the games have been at the center of numerous controversies. Thanks to their depiction of extreme violence, crime, drug use, nudity and more, GTA games have caught more than its fair share of flak, mainly for the negative impact they can have on young kids.

But GTA has never advertised itself as anything but an R-rated game for adults. And after all these years of getting bombarded with criticism, their publisher Rockstar seems to have become immune to controversies to an extent. You might even say that the games thrive on the negative publicity they generate, at least to some extent.

In the average GTA game, you can cause all manner of chaos in a virtual city, doing everything from vehicle theft to armed robbery, assassinations and mass murder, drug smuggling, and of course, create a criminal empire that would make the Godfather proud. So what more can you add to create an extra dose of buzz - why, overt gambling, of course!

Where is this GTA Casino? 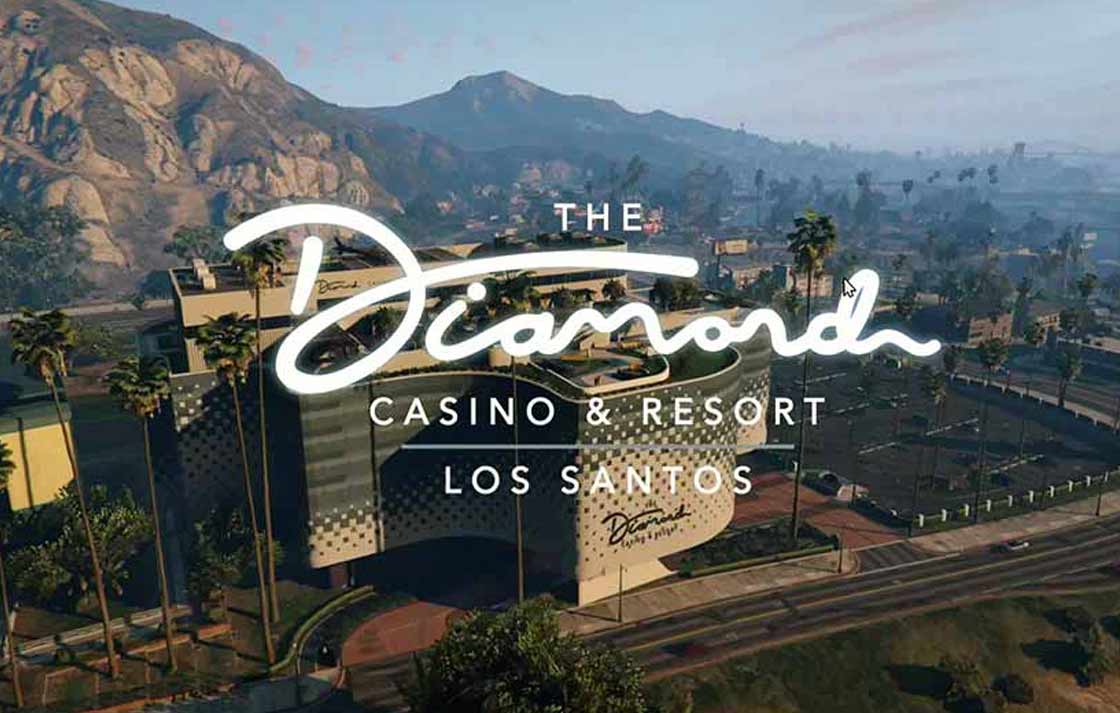 Rockstar, the company behind the GTA series, has released around 11 full GTA games as of 2019. Most of them are single-player games where you start in a fictional city at the bottom rung of the criminal ladder, like Al Pacino in Scarface. But there is one exception to this rule, and that is Grand Theft Auto Online, which is the online multiplayer version of the series.

Like other massively multiplayer online games, GTA Online involves thousands of players joining up and playing against each other. It is based on GTA V and features the same LA-esque city of San Andreas, or rather, a part of it called Los Santos.

The casino that has been in the news lately is called “The Diamond Casino & Resort.” Ever since its launch years ago, GTA Online had a casino building. But it was not functional and from the looks of it, seemed to be under construction. There was speculation for years regarding the potential unveiling of the casino.

Finally, Rockstar announced the unveiling of The Diamond Casino & Resort in June 2019. The old “opening soon” banner outside the building was removed and new construction props were added. The virtual casino formally opened its doors amid massive media publicity in July 2019.

Why did they launch The Diamond Casino & Resort in 2019?

GTA Online was launched in 2013. By modern game standards, that is quite a long time indeed. During those six years, the game generated a reported $6 billion in revenues to the company. So they have been quite regular in providing updates and new additions to the gameplay of GTA Online.

Launching a virtual casino in a mainstream video game in 2019, when we are seeing constant debates about online gambling, is a bold move indeed. And from a business perspective, it makes good sense as well. Many players have been asking for a Casino in Los Santos, to add to the whole outlaw/mobster feel of the game.

What can you do at The Diamond Casino & Resort 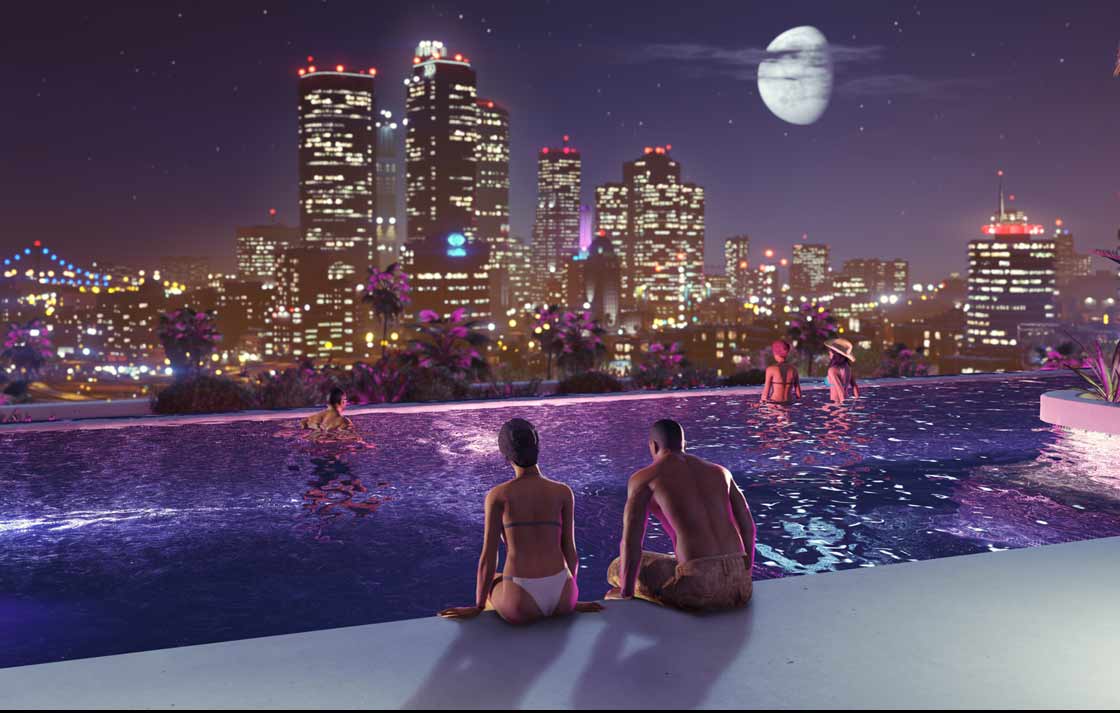 The casino itself is a huge location inside the game. Numerous missions and assignments are available there. Players can also buy penthouses in the building if they can afford the steep asking price. Everything at the casino is priced using the in-game currency called GTA$.

Besides these missions, the casino also hosts various gambling mini-games, just like a real Vegas casino. The table games include Roulette, Blackjack, and Three Card Poker. Then there are many video slot machines and even a virtual horse racing game. To play, you must first convert your GTA$ into casino chips, at the ratio of 1:1.

Players who can afford the penthouses also gain access to a VIP membership, which comes with several cool perks. If you buy the top tier Master Penthouse, you even get to join the casino establishment as a business partner and undertake exciting missions to protect your business.

There has been some confusion about this ever since the casino was launched. Players from several regions and countries around the globe have reported that they do not have access to the casino games in GTA Online. Rockstar has confirmed that gambling features will not be available in select regions where they have strict laws against it, be it for religious or cultural reasons.

But does that mean that the gambling available in The Diamond Casino & Resort is real, and illegal according to several national laws? If you look closely, you will see that this is simply not true. For a game to be considered gambling, it has to have three things:

In the example of The Diamond Casino & Resort, only the first two conditions are met. Yes, you do have games of chance, like roulette and blackjack. And players do spend their dollars to buy in-game currencies that they can spend at the casino. But what do they get if they win at these games? They get the same in-game currency - GTA$, or rather, Diamond Casino chips that can be converted into GTA dollars.

Now, if there was a system where you could convert that virtual currency back into real dollars, Rockstar would have a big problem on their hands. But that is not the case here. Any actual cash you spend on the Shark Cards in GTA Online is money that you will never get back.

So, can you actually make a profit by playing at The Diamond Casino & Resort? In your virtual life in the game, you sure can. But if you were hoping to double your investment of US dollars by spending it at the virtual casino in GTA, think again. That simply is not possible in the current implementation of the casino. The laws would not allow for it anyway.

There is no reason to think that this will stay the same. Now that sports betting is legal in the US, there is still hope for other types of online gambling. The recent massive surge in player accounts at GTA Online was a direct result of the The Diamond Casino & Resort launch.

In the example of The Diamond Casino & Resort, only the first two conditions are met. Yes, you do have games of chance, like roulette and blackjack. And players do spend their dollars to buy in-game currencies that they can spend at the casino. The casino does not offer no deposit bonus codes that allow you to win real money, as you would find at real world online casinos. But what do they get if they win at these games? They get the same in-game currency - GTA$, or rather, Diamond Casino chips that can be converted into GTA dollars.

We can only wait and see what’’s next

The addition of a real, working casino to the world of Los Santos is a masterstroke by Rockstar. It will undoubtedly generate a lot of controversy due to the sensitive topic that is online gambling, especially underage gambling. It remains to be seen if authorities anywhere will take any action against the game. But at the moment, the new update seems to have worked for the company and GTA Online. Let's see how long this lasts.