The Five Biggest Gambling Companies In The USA 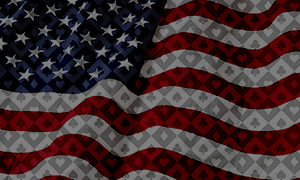 Of the 12 biggest casino gaming companies in existence, more than six are based in the US. Among these are the Las Vegas Sands and MGM Resorts. Other big gambling firms in the country are Wynn Resorts and Penn National Gaming. Unsurprisingly, the largest casino market in the US is Las Vegas. We also cover Caesar's Entertainment, which also offers a online casino offering a no deposit bonus from time to time.

Las Vegas Sands is a casino and hotel chain that opened its first resort in 1999. Founded by Sheldon G. Adelson, its initial venture was "The Venetian", which is an Italian-themed resort located in Las Vegas. The company has grown considerably since then, and it now has two other resorts in the US, along with three resorts in Macao, and one in Singapore.

Las Vegas Sands is considered to be the largest casino company in the world, earning more than $2.1 billion in annual revenue over its closest competitor. Much of the company's recent string of successes is attributed to its expansion into the gambling and tourism market in China. In fact, the Venetian resort in Macao is actually the company's biggest source of revenue at present.

Las Vegas Sands' casino holdings are the company's biggest segment, responsible for more than two-thirds of the company's generated revenue per year. In addition to casino gaming facilities, the resorts also have restaurants, malls, and entertainment centers.

Hotel accommodations also account for a large percentage of the company's revenues. All the company's hotel rooms were occupied at a rate of more than 80% in 2017, with the Sands Macao having an impressive 97.7% occupancy rate.

MGM Resorts International is a hospitality and entertainment company with holdings in Las Vegas, Mississippi, Maryland, New Jersey, and Detroit, among others. The company owns and operates some of the biggest and most famous casino-hotel complexes in the world, including the Bellagio, the MGM Grand, Mandalay Bay, and The Mirage.

One of the most recent undertakings of MGM Resorts is the opening of the MGM National Harbor in Maryland. The company has also set about developing another complex, the MGM Springfield in Massachusetts.

MGM Resorts has holdings in other countries as well. The company actually has a majority interest in MGM China Holdings Limited, which is the owner and operator of the MGM Macau casino resort. Plans are currently underway to build a gaming resort in Cotai as well.

More than 50% of CityCenter in Las Vegas is owned by MGM Resorts. Part of the facility is another popular Vegas destination, the ARIA Resort & Casino.

MGM Resorts started out as the MGM Grand, Inc. in 1987. After the acquisition of Mirage Resorts, in 2000, the company was renamed MGM Mirage. It was finally named MGM Resorts in June 2010 in order to reflect its global expansion strategy.

Wynn Resorts Ltd. is a noted hotel and casino developer and operator located in Las Vegas. A publicly traded corporation, it was founded by Steve Wynn in 2002. Previously, Wynn was the Chairman and CEO of Mirage Resorts. Wynn Resorts is currently comprised of five properties, with work underway on a sixth. The company is currently headed by CEO Matthew Maddox.

The origins of Wynn Resorts can be traced to 2000, when Wynn made the decision to sell Mirage Resorts to MGM Grand. Prior to that, Wynn had been running Mirage and its other associated casino resorts since 1973. Of course, Wynn already had his sights set on his succeeding ventures by the time of the deal with MGM grand, having just purchased the Desert Inn for $270 million.

Wynn set about finding a partner for his latest venture, settling on Kazuo Okada, the Japanese billionaire who owned Universal Entertainment Corporation. More than 50% of the stock was owned by Wynn and Universal subsidiary Aruze USA, essentially giving them control over the entire operation.

The Nevada-based Caesars Entertainment Corporation was one of the largest gaming companies in the world in 2013, with more than $8.6 billion in revenues generated yearly. The owner and operator of more than 50 casinos and hotels and seven golf courses, Caesar's Entertainment is a public firm, with most of its stock owned by private equity firms headed by Apollo Global Management and TPG Capital.

Penn National Gaming is the owner and operator of several gaming and racing business entities around the world, as well as the holder of video game terminal operations focused mainly on slot machines. Among the company's broad range of interests and specialties are gaming, iGaming, casinos, and hotels. The company is also involved in hotel management, hospitality, resorts, food and beverage, culinary arts, finance, and even racing.

More recently, Penn National Gaming has expanded its reach into the social online gaming world, with releases under its Penn Interactive Ventures, LLC division. These efforts were further boosted by the company's acquisition of Rocket Speed Inc. By May 2017, Penn National Gaming was operating more than 29 facilities all over the United States, and had more than 35,000 gaming machines and 800 table games under its brand, in addition to 4,600 hotel rooms.