Want to add even more action to your slot playing? Are spinning the reels on some of the best online slots enough of a thrill for you or do you need more fire power? Software providers keep on coming up with thrilling themes for their games and here are some of the best action online slots available. And do you know what's more? They all feature a free spins  no deposit bonus  so not only do you get action on the reels but can also play for longer with the 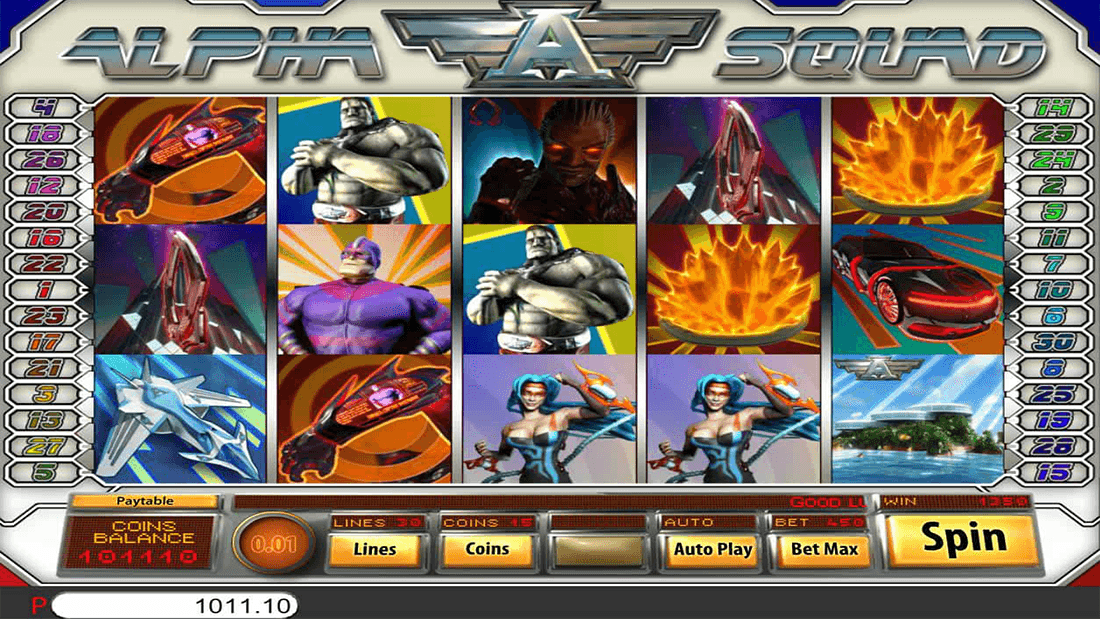 Alpha Squad is a five-reel slot played on three rows with 30 pay lines. The Saucify slot game brings together a number of superheroes, and a villain. Spin the reels and help the Alpha Squad to beat the villain at his own game. The slot includes wild substitutions, scatter payouts, and free spins.

Although not based on a branded superhero movie or comic book, Alpha Squad includes all the necessary superhero elements. Along with the main characters, there are crystals, weapons, a jet fighter, an evil lair, and the hero home base. 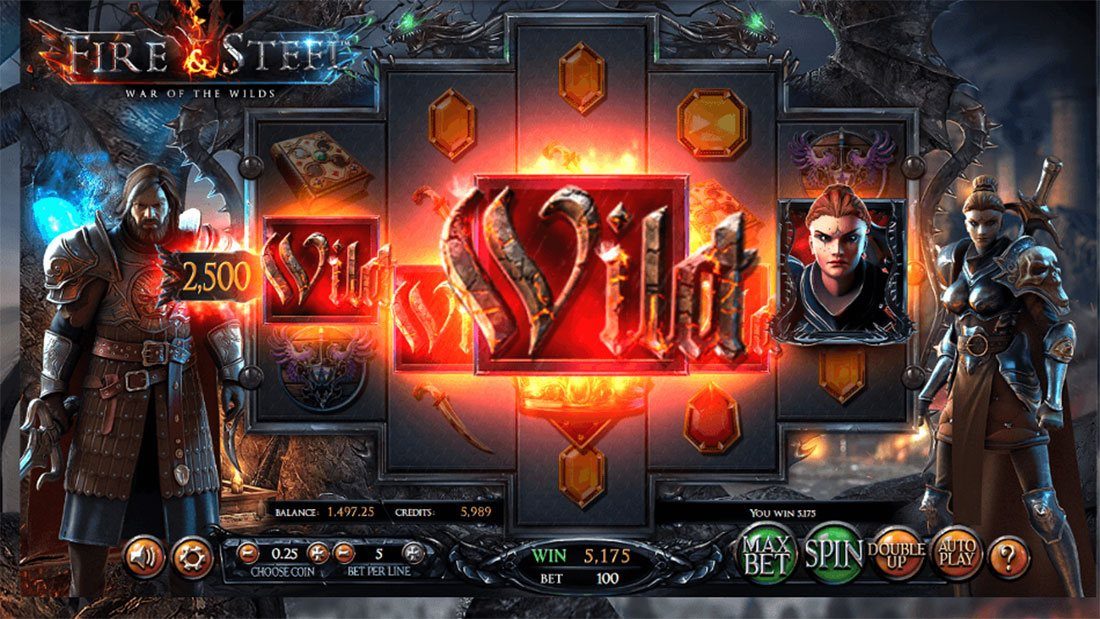 The Fire & Steel: War of the Wilds slot game, played on five reels with 20 pay lines, has variable rows. The rows have a 3-4-5-4-3 pattern, creating extra chances of winning. The fantasy and action-themed BetSoft slot takes us to a place where warriors with magical powers fight the fire-breathing dragons.

Trigger wilds when the Shieldmaiden spreads her flaming beam of power horizontally across a row to the left or right. The Swordsman also triggers wilds when he sends his beam either up or down a reel. Wilds create more winning combinations, resulting in additional and better payouts.

When the Swordsman and Shieldmaiden's flaming power beams intersect on the reels, this triggers the War of the Wilds feature. War of the Wilds brings with it 10 free spins with a sticky wild throughout the free spins feature. The sticky wild, located at the spot where the beams intersected, helps create extra wins. The Shieldmaiden and Swordsman appear more often during this feature, thereby creating extra stick wilds and free spins.

Play Fire & Steel: War of the Wilds Slot at Sign up today and receive a $22 No Deposit Bonus 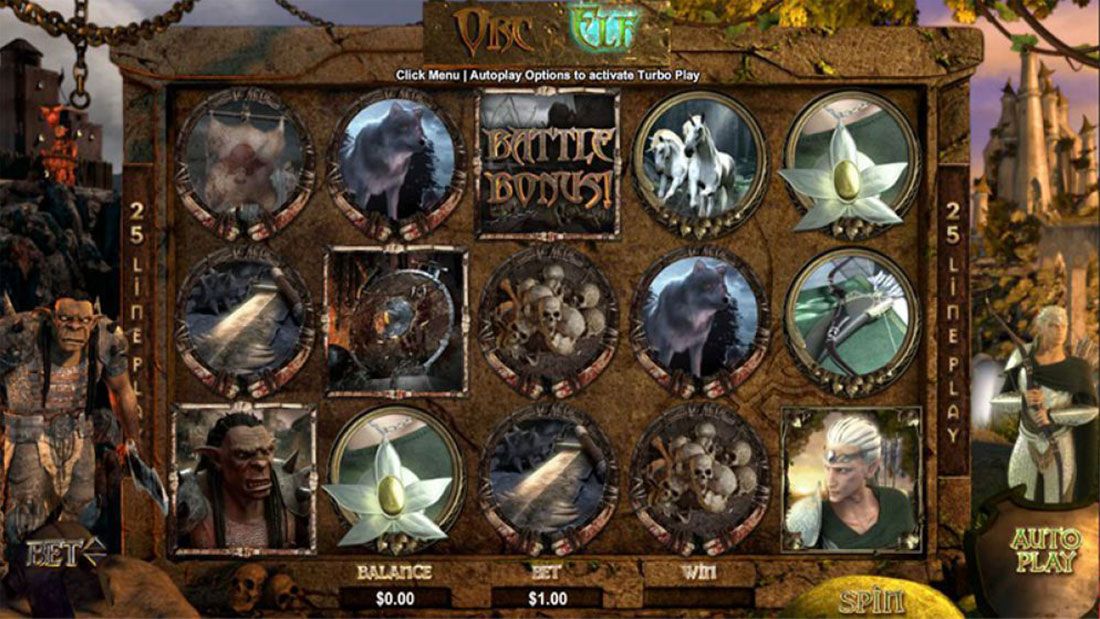 Realtime Gaming's Orc vs Elf is yet another fantasy action-themed slot game. This feature-rich slot game has five reels, three rows, and 25 pay lines. The Lord of the Rings inspired slot game has three special features. They are Trail to the Fortress of Orcholme, the Battle Bonus Feature, and Road to the Citadel of Elveros.

Orc vs Elf starts out with an introductory clip where you see Orc and Elf begin their battle. The deadly and somewhat gruesome action combined with top quality graphics, and an excellent soundtrack, sets the scene. The scary-looking Orc, with his sword and chain, stands to the left of the reels while the Elf stands to the right with his bow and arrow. The Orc symbols include a fort, banners, Orc shields, wolves, swords, and skulls.

Trail to the Fortress of Orcholme has seven bonus rounds. Goblin's Gold gives you five free spins with a 2x payout for wins created by Orc symbols. The Hobgoblin feature has six free spin with an extra spin for two scatters. Orc Army bring extra wilds when the in the form of Orc fort symbols when the Orc appears. Orc Horde is similar to Orc Army, although it comes with an extra Orc symbol on the first reel. Giant Spins is the same as Orc Horde except for the addition of a 3x payout for the Orc symbols. Chaos Spins are similar to Giant Spins with seven free spins thrown into the mix. Orc Onslaught adds a Super Spin to the Chaos Spins feature.

The Road to Elveros special features operate in the same was as Fortress of Orcholme features with added value through the levels. Woodland Spins gives you six free spins, and Elf Magic adds in extra wilds after the spin. The Huntsman has seven free spins, and adds an Elf symbol to the first reel with a potential 200x bonus. Ancient Archer, similar to Huntsman, has the Elf target wolves that come with a bonus of us to 100x. Archmage adds in an extra wild or two after each spin, and Forestal comes with a Super Spin. The Elf King brings with it another eight free spins, and Super Spins with an extra wild. 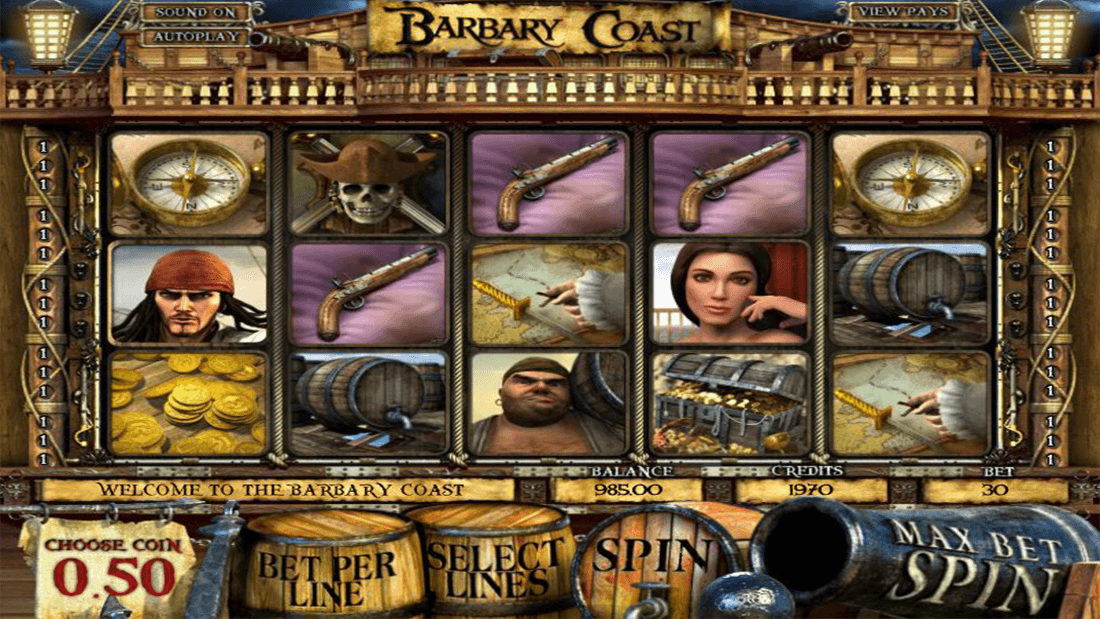 Barbary Coast features the Explosive Reel Wild, which freezes the middle reel for the next spin. When you see three parrot symbols on the reels, you get five free spins. Other special features include the Click me Dashing Sawyer bonus picking feature, and the Blackbeard Fight bonus round. Three Grog symbols bring on a drinking contest, an interesting take on the gamble feature, where you wager on who will drink next. 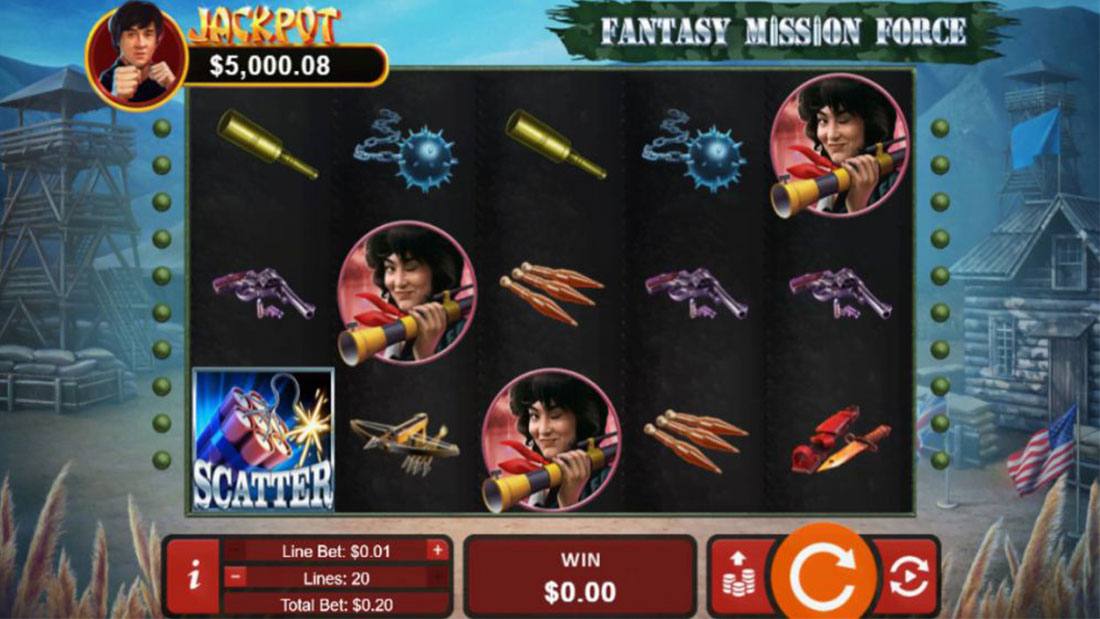 Between two and five dynamite scatter symbols pay out cash prizes equivalent to between 1x and 200x your line bet. The free spins bonus feature triggers when a scatter appears on the first reel at the same time as a wild appears on the fifth reel. This triggers seven free spins with a 3x multiplier for all free games wins. Free spins cannot retrigger, however, there is an added random bonus round feature. Kaboom puts dynamite fuses on symbols, and when there are three or more, they explode. The explosion triggers between one and three free spins per blown fuse.