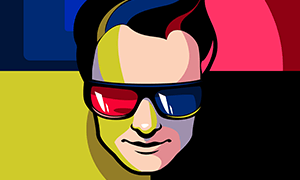 3D slots are among the latest innovations in the no deposit online casino industry. They are popular for their splendid graphics, realistic animations, and bonus features that can make players rich with just a few spins. Since they feature affordable betting ranges, players can try them out even if they don't have enormous bankrolls. If they get lucky, they can activate a bonus feature that gives them an opportunity to win large jackpots.

Although the 3D slot technology isn't widespread, an increasing number of game developers are now introducing them in their game portfolios. However, players will find only a limited number of 3D slots in their portfolios. Players who reside in the US will find it a bit more challenging to find 3D slots because only a handful of game providers allow US players to play their games for real money. Thanks to the latest developments in technology, players can play their favorite 3D slots on multiple devices, including smartphones, Mac computers, desktop computers, tablets, and laptops.

Almost all the well-known developers offer a selection of 3D slots, only a handful of them actually specialize in the development of this slot genre. The following is a brief list of game developers who offer 3D slots in their portfolios: 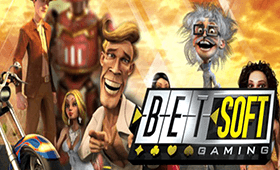 BetSoft is widely acclaimed as among the top developers of 3D slots in the industry. You have to sign up at an online casino that offers BetSoft games to play these games for fun or real money. The biggest selling point of BetSoft's 3D slots is their ability to set the gaming environment through colorful introductions that relate stories. BetSoft's 3D slots reveal story sequences as and when players complete missions and win cash prizes. The good news is that BetSoft's 3D slots are available to US players. 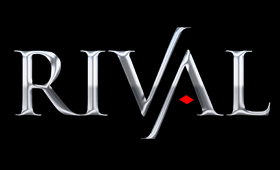 Rival is another US friendly game provider that has developed and released some innovative 3D slots. Almost everything on the screen of a Rival 3D slot looks realistic. Players cannot help but feel that the game contents are spilling out of the screen. In addition, the animations greatly enhance the gaming experience.

Providers such as NetEnt, iSoftBet, and Yggdrasil have also launched 3D slots. While iSoftBet has launched celebrity themed 3D slots, NetEnt has developed 3D slots packed with features such as multipliers and free spins with no deposit. The credit of developing Jack and the Beanstalk, the first virtual reality (VR) 3D slot in the industry, goes to NetEnt. The 3D slots developed by Yggdrasil challenge players to unlock levels and win larger prizes. Unfortunately, 3D slots developed by these providers are not available to US players.

The following are some examples of 3D slots:

A Switch in Time 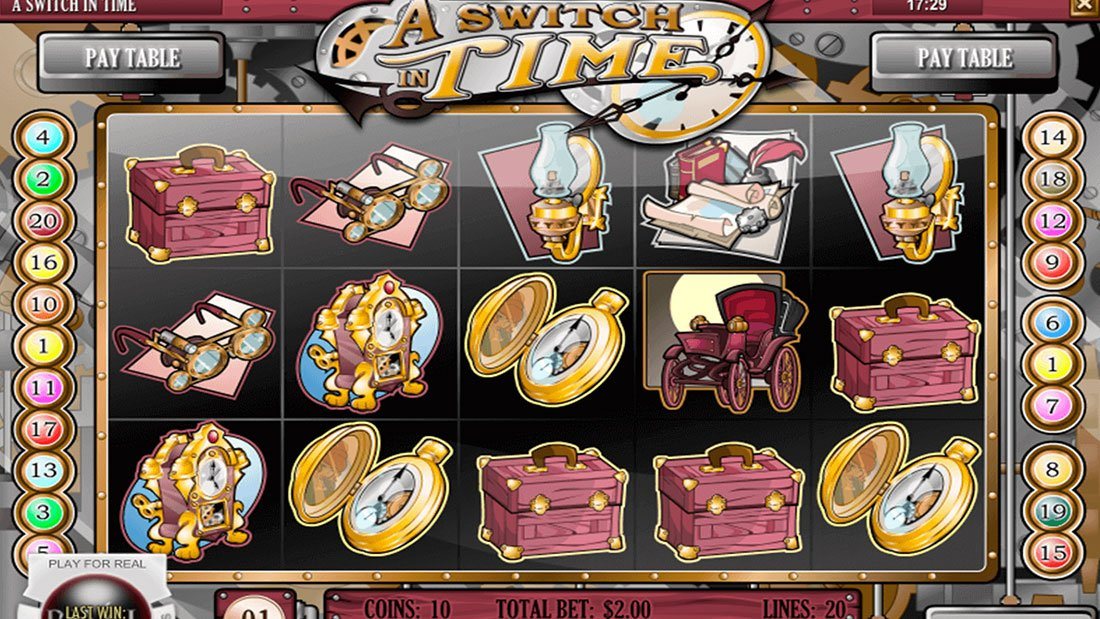 A Switch in Time, a Rival 3D slot based on H.G. Wells' novels, features 20 paylines and five reels. Set against the backdrop of the insides of a clock, the reels feature symbols of gaslights, vintage cars, suitcase, paperwork, clocks, pocket watches, spectacles, and others. Along with the egg timer symbol, which serves as the wild, the game offers two scatter symbols in the form of the time machine and the woman.

Players can take the woman's help to win up to 78 free spins with a multiplier value of up to 9x. The wild symbol changes during the free spins into an expanding wild symbol. Players can use the time machine symbol to unlock the bonus round, which challenges them to select buttons on a machine and reveal prizes. 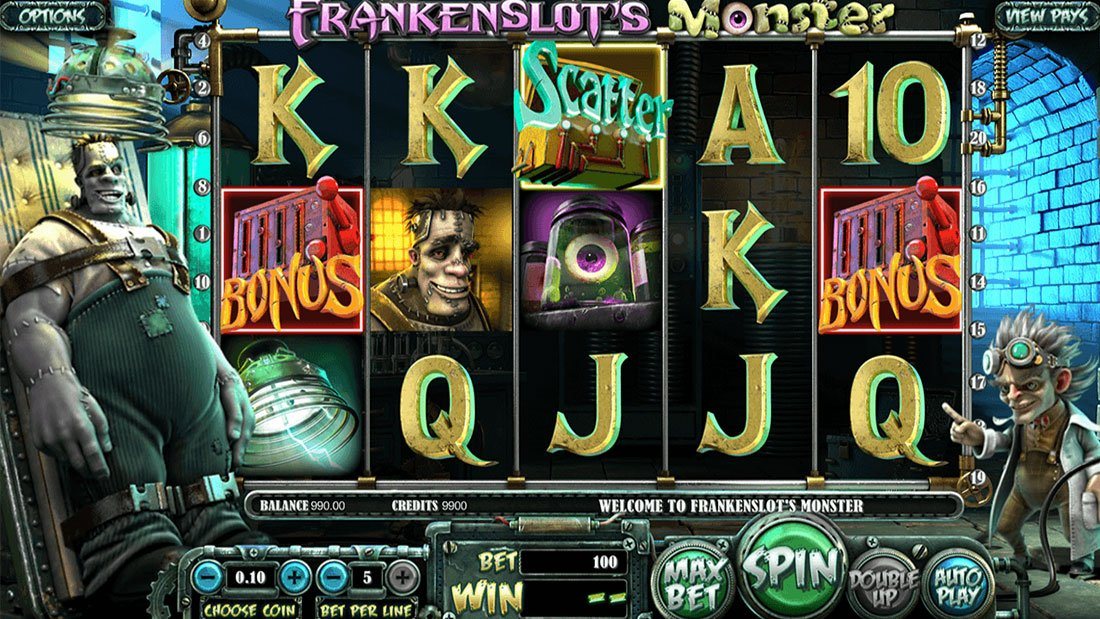 Frankenslots Monster, based on Mary Shelly's popular novel "Frankenstein," is a BetSoft 3D slot with two exciting bonus features. The slot has 20 paylines, five reels, and three rows and is set against the backdrop of a dreary lab. A crazy scientist stands on the right of the reels while the monster is tied up on the left. The reels feature symbols of Frankenslot, eyeballs in jars, electrifying machines, full moons, and high-value cards. 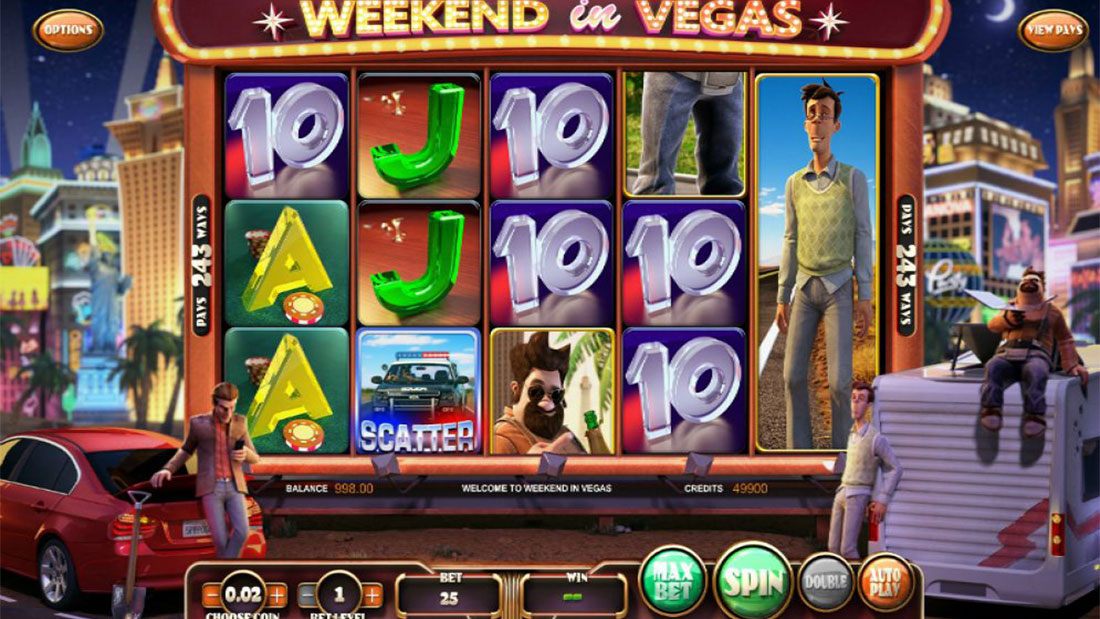 Weekend in Vegas is a BetSoft 3D slot that could have been inspired by "The Hangover," a movie released in 2000. It is a five-reel slot with 243 ways to win and three rows. Set against the backdrop of a city in a desert, the slot revolves around three main characters that appear as stacked symbols along with high-value card symbols and a pole dancer's legs. The wild symbol is the Las Vegas sign and the police car is the scatter symbol.

Players who are interested in playing 3D slots on their PCs must ensure that their PC supports 3D graphics. The computer's graphics card should also be capable of dealing with the enormous load of game information. Players should also get a fast and reliable Internet connection as 3D slots will just not load on a slow Internet connection.

The 3D game technology is still young, but it is definitely on the way to becoming something big in the near future. If you want to enjoy some great 3D gaming experiences in your home, you have to obtain a powerful computer and create an account at an online casino that offers 3D slots.