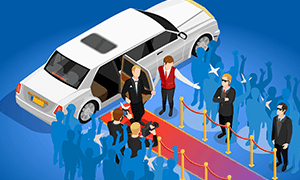 NetEnt's Gonzo's Quest and Jack and the Beanstalk have remained popular for the past several years. But one needs to be an online slots player to recognize them. Celebrity themed slots, on the other hand, can be recognized even by those who have never played at land-based or no deposit bonus casinos.

A player who has signed up at an online casino for the first time in his/her life may hesitate to play original slots such as RTG's Megasaur, but they will definitely try slots based on popular movies such as King Kong or well-known celebrities such as Michael Jackson.

Fans of celebrities, TV shows, or movies will greatly appreciate the opportunity to interact with their favorite celebrity through the reels of a slot. In case of movie slots, players can enjoy the title song, popular dialogs, or characters displayed on the reels. However, not all celebrity slots are worth playing. Some of them are poorly developed, while some focus only on promoting a famous person, not on creating an unforgettable game experience.

Here are some great celebrity themed online slots players can try their luck on if they reside in the US: 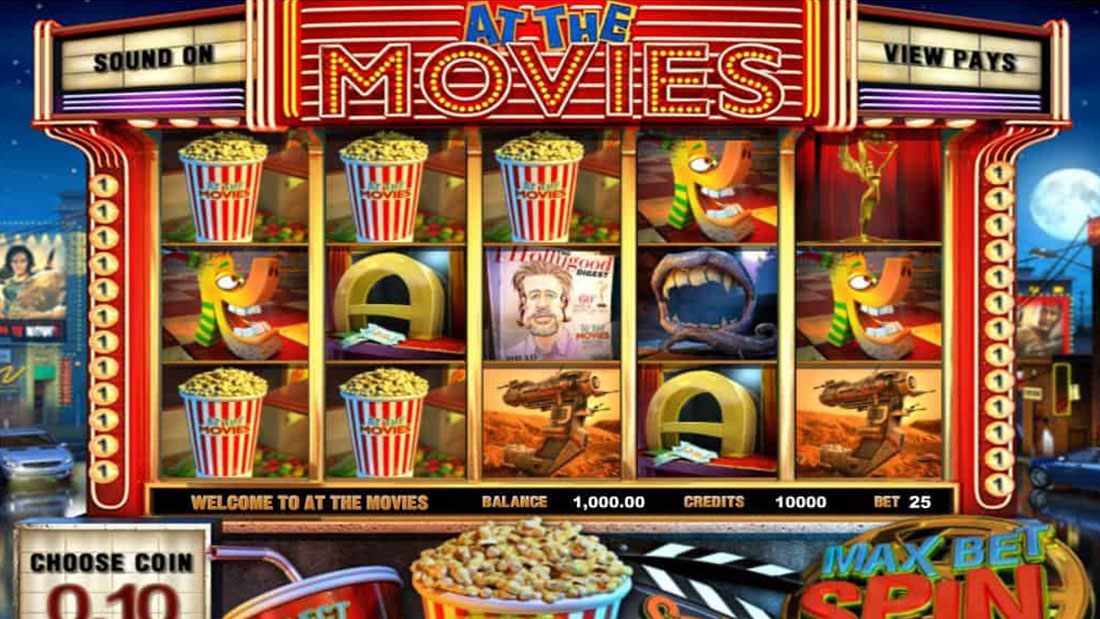 BetSoft's 'At the Movies' slot is meant to give players the experience of watching a movie. The soundtrack is cheerful and the reels are packed with symbols based on the movie theme. The slot also includes some free spins for players who love to win big without risking much.

At the Movies has five reels, three rows, and 25 paylines. The reels are set against the backdrop of an old movie theater and a rain soaked parking lot glittering under a moonlit sky. As players spin the reels, they can watch icons of popcorn, a celebrity magazine, a heart, cartoon movies, monster movies, sci-fi movies, and a ticket office. There is a wild symbol that can help players create winning combinations and a scatter symbol that can activate the bonus feature. The wild is also capable of doubling players' winnings. 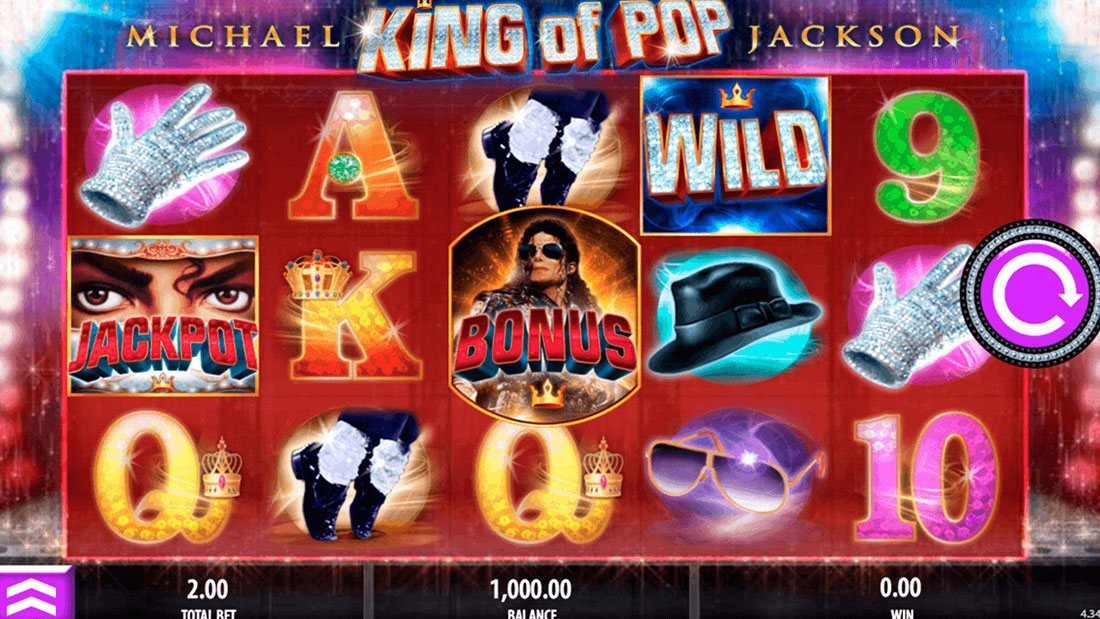 The online slot has five reels, three rows, and 25 paylines. The reels are set against a deep red backdrop and the rain falling steadily on an outdoor stage. When you spin the reels, you can listen to a Michael Jackson number. The reels feature symbols of white gloves, sunglasses, high-value card symbols, shoes, and hats. The wild symbol can substitute for all other symbols except the jackpot scatter symbol and the bonus symbol.

Celebrity in the Jungle 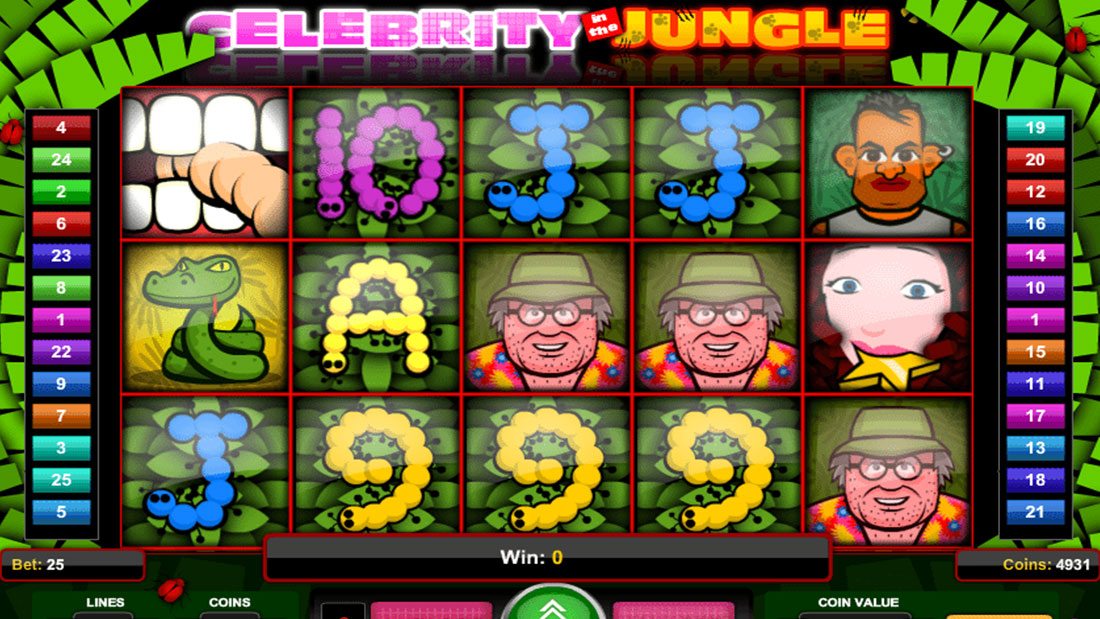 Celebrity in the Jungle is an online slot that is based more or less along the lines of the reality show "I am a Celebrity ... Get me Out of Here!", but doesn't make direct references. Developed by 1x2 Gaming, the slot comes with two bonus features. It has five reels, three rows, and 25 paylines. The graphics and imagery is cartoonish, which happens to be a general feature of slots developed by this provider, and the reels are set against palm trees swaying in the gentle breeze. As players spin the reels, they can listen to a variety of jungle sounds.

The reels feature symbols of high-value cards, green snakes, and three participants. Players can use the wild symbol to create winning combinations. In addition, they can use two scatter symbols-the teeth and the gold star girl-to unlock bonus features. These bonus features are in the form of free spins, and the number of free spins players can win depends on the number of scatter symbols in their combinations.

Accordingly, players can win 10, 20, or 30 free spins for landing three, four, or five scatters anywhere on the reels. If you land a winning combination during a free spin, you will receive double the usual payout.

The slot also comes with a mini game that can be activated by landing a combination of teeth symbols. This is a pick-and-choose type of game, in which players have to select five boxes to win some amazing prizes.